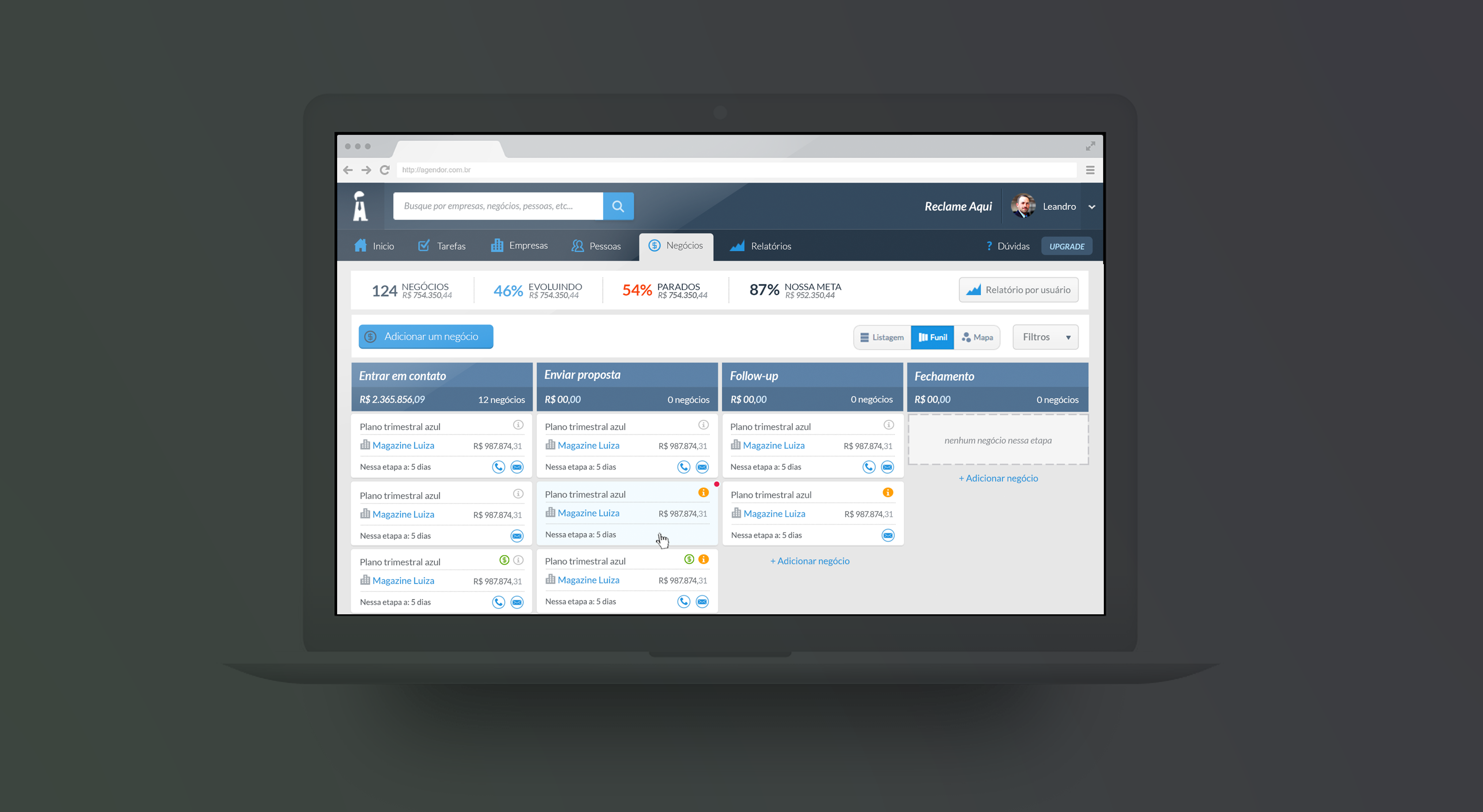 Redesign the screens' flow to decrease the user learning curve, focused on a more user-friendly design, by understanding how the platform is used on a daily basis.

As our team was very small, it was essential to have a more agile process to deliver improvements in a relatively short time. By that time, the product was already running for 2 years and had generated enough data to be analysed before any improvement on the platform.

The first step I took for the improvement process was to review all the feedbacks received in recent months and organize them into:
New features, Technical Bugs and UX Issues.

- Difficulty in differentiating tasks from activities;

- The overall overview of the negotiations could be clearer;

- The navigation between the pipeline and the details screen was very inefficient and users could not get back to the starting point of the navigation;

- It was not clear what phase the sales process was in and whether more effort was needed.

After the analysis was done, I decided to run a usability test with 15 Agendor users who I recruited. As our deadline was short and the team was small, I created a low-fidelity navigable prototype using Balsamiq and HTML.

Usually I prefer to run the tests remotely, in order to let the testers use their own computer, resolution, and their own work environment, allowing them to feel more comfortable and secure in their actions.

When I run tests with low fidelity prototypes I need to make clear about it to the user. Before starting the test I usually explain that the wireframe is like a "house plan" or a "skeleton" so as to avoid the user focusing on the visual elements, which can Interfere with the test and create bias.

I gave the users a contextual scenario and asked them to complete the tasks:

Scenario: Let's say you need to get the phone number and email of the company X. How to get it?

Scenario: Your boss needs to know which of those pipeline sales are new.How to get that information?

Task: would like you to create the " call " activity for tomorrow in the business X

Task: Could you tell me if any of these businesses needs special attention and why?

Task: Can you give me some general information about all of your company's business in this pipeline?

And finally, I asked the users to tell me their general feedbacks and their needs, so we created an engagement with them. 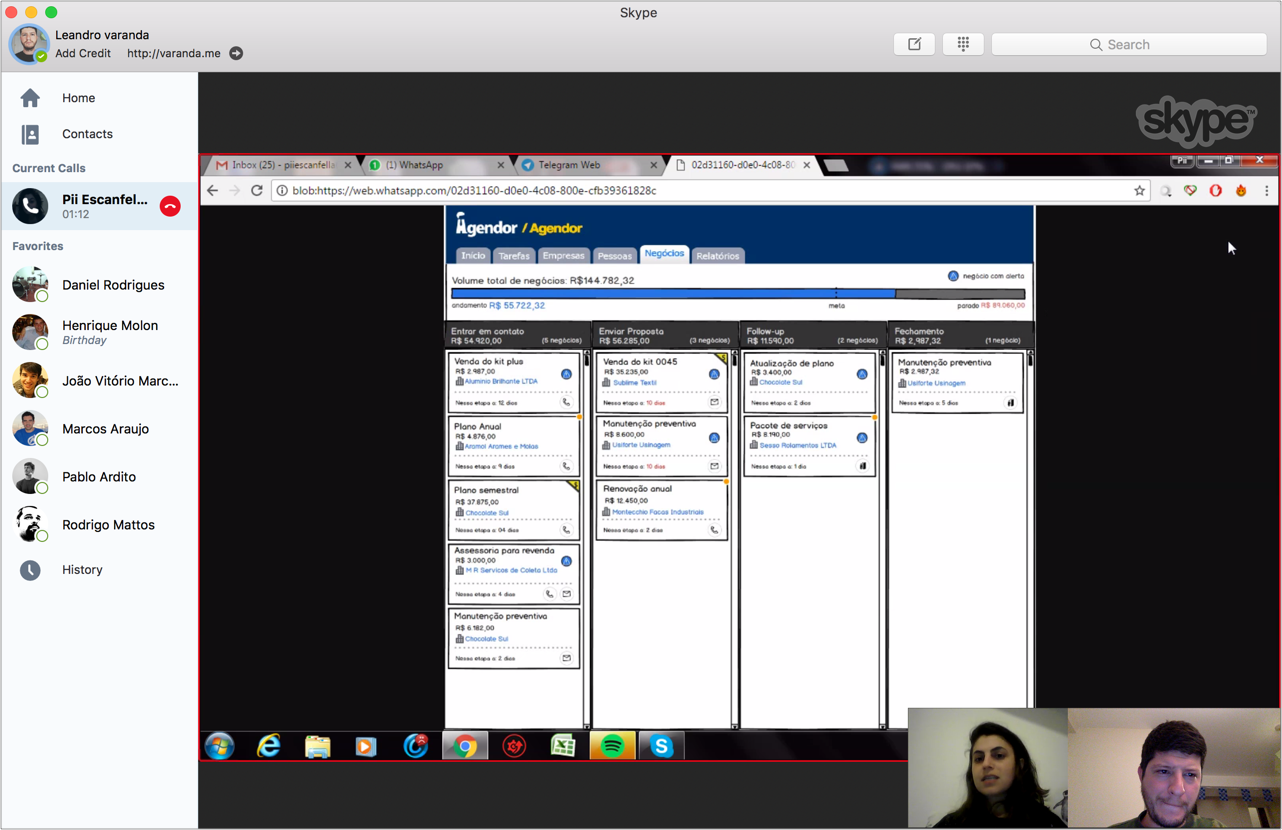 Adding deals, contacts or activities to your pipeline is easy with our intuitive drag-and-drop interface. The visual layout ensures salespeople have the visibility they need at all times, and in all places. 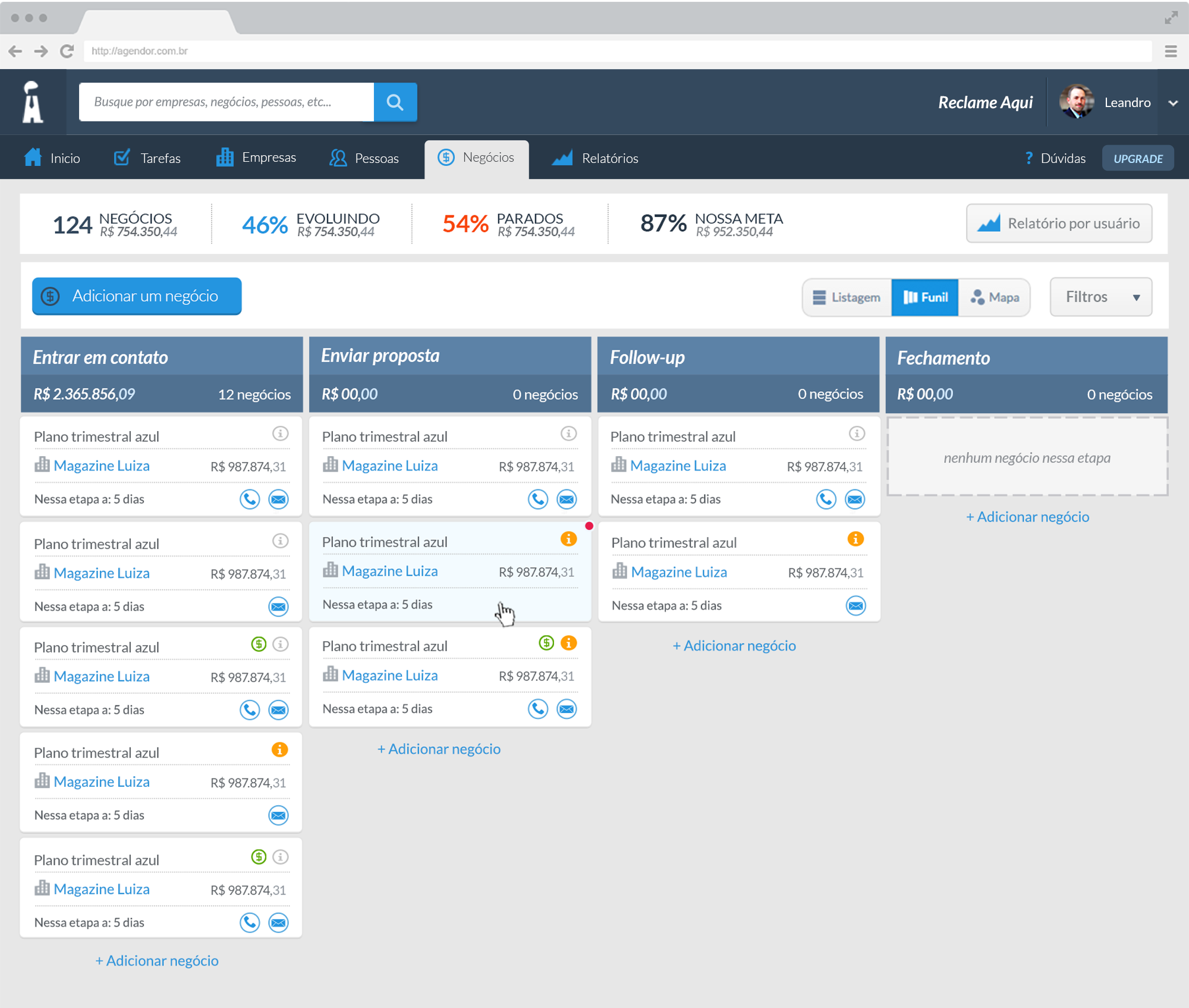 All on the same screen

Now the sales details and company details open in a modal rather than opening in a new screen, improving the navigation's flow and reducing considerably the amount of questions about that flow. 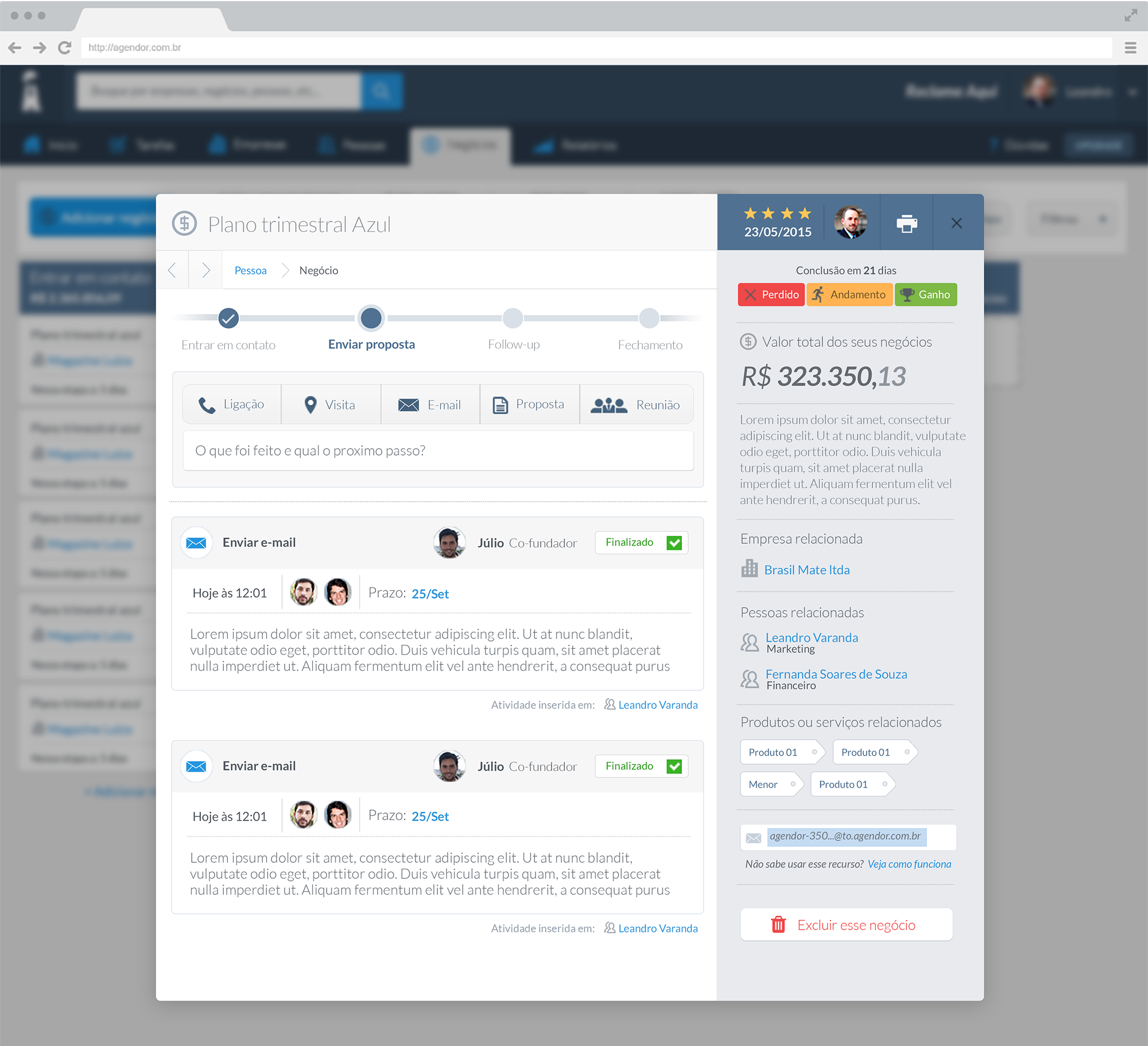 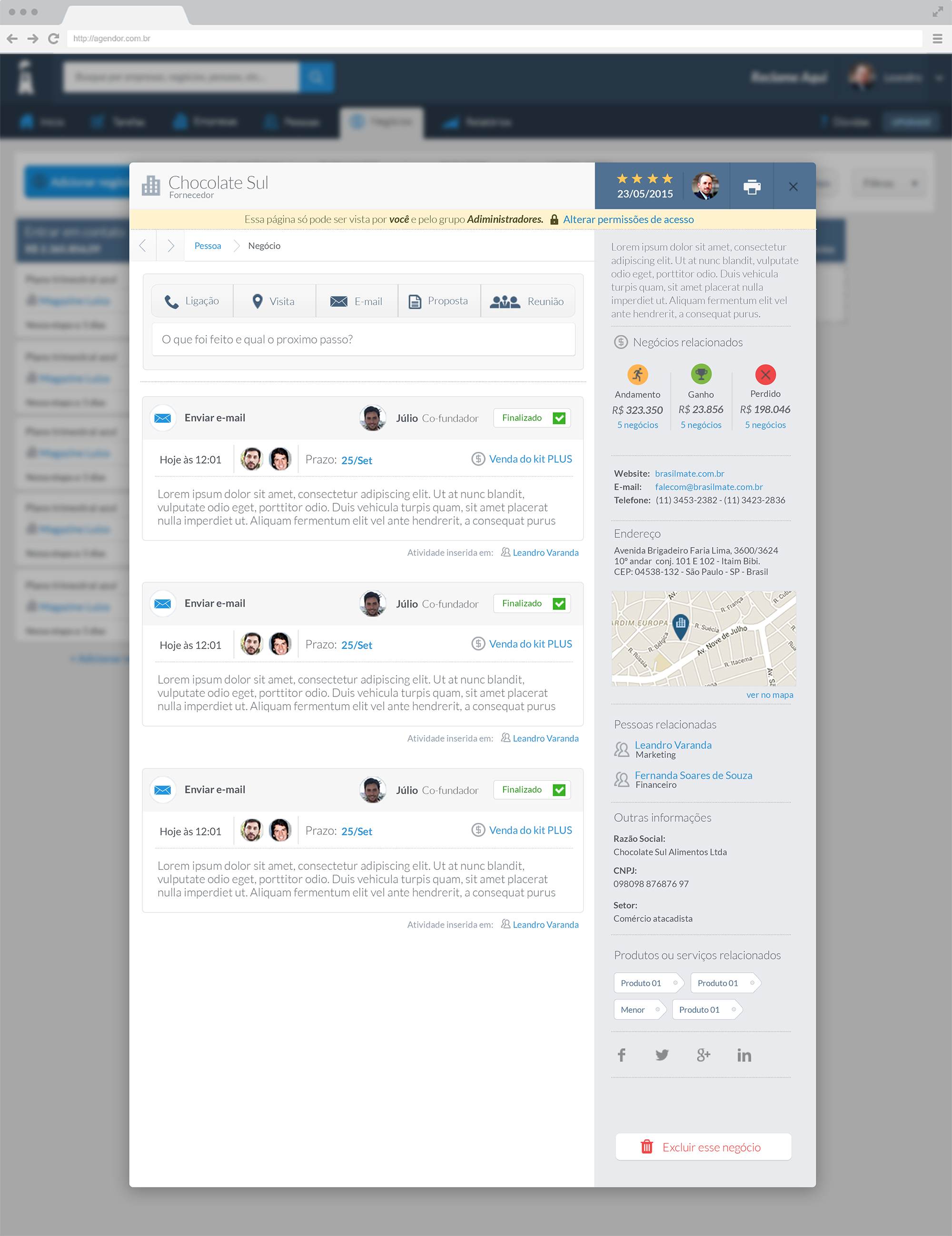 By analyzing some access data, we discovered the 5 most created activity types from our users and then I decided to pre-define these activities, reducing the learning curve of this functionality.

This way, the users will not lose any more scheduled visits and day-to-day tasks, such as the return of an email, sending a quote, or a commercial presentation. 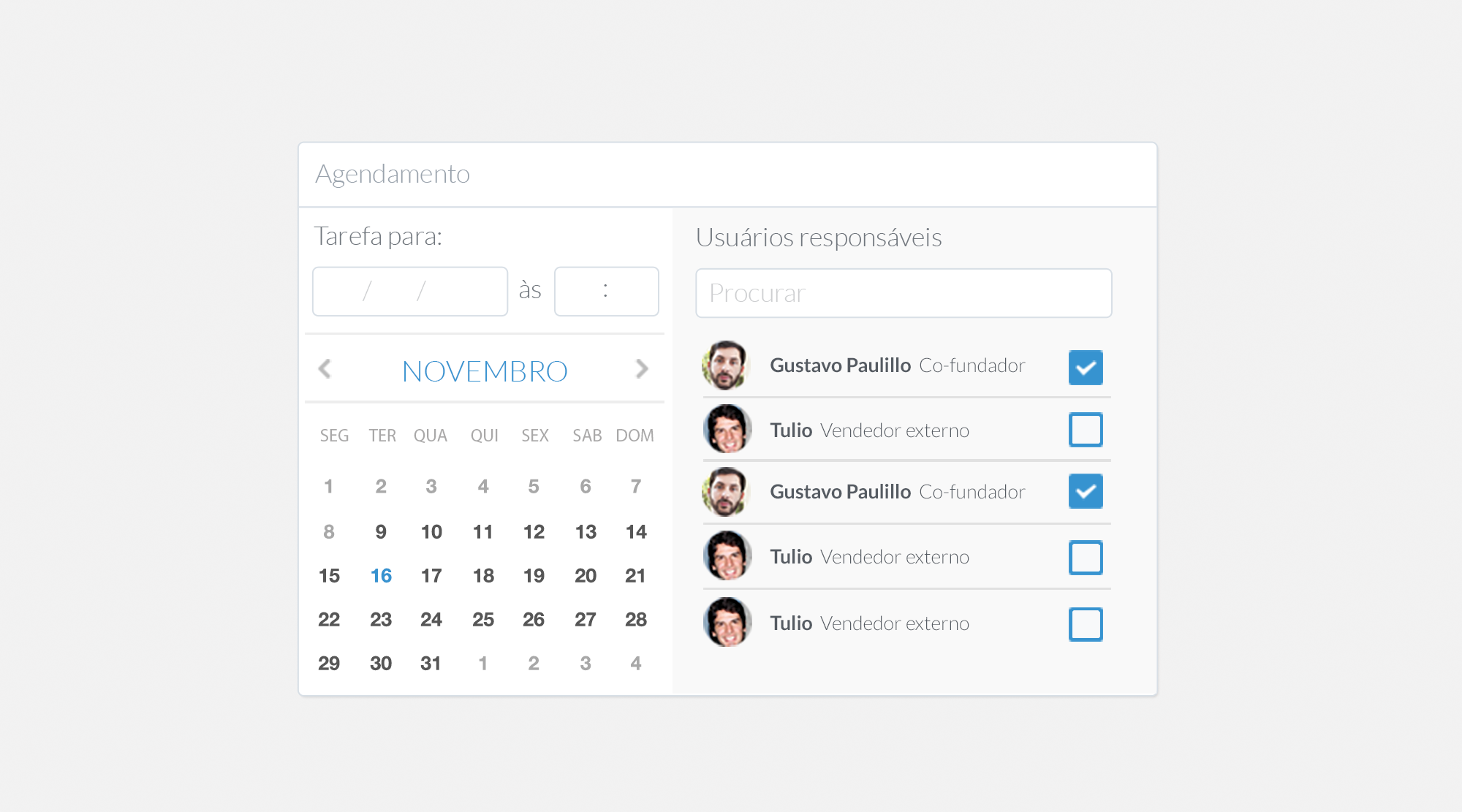 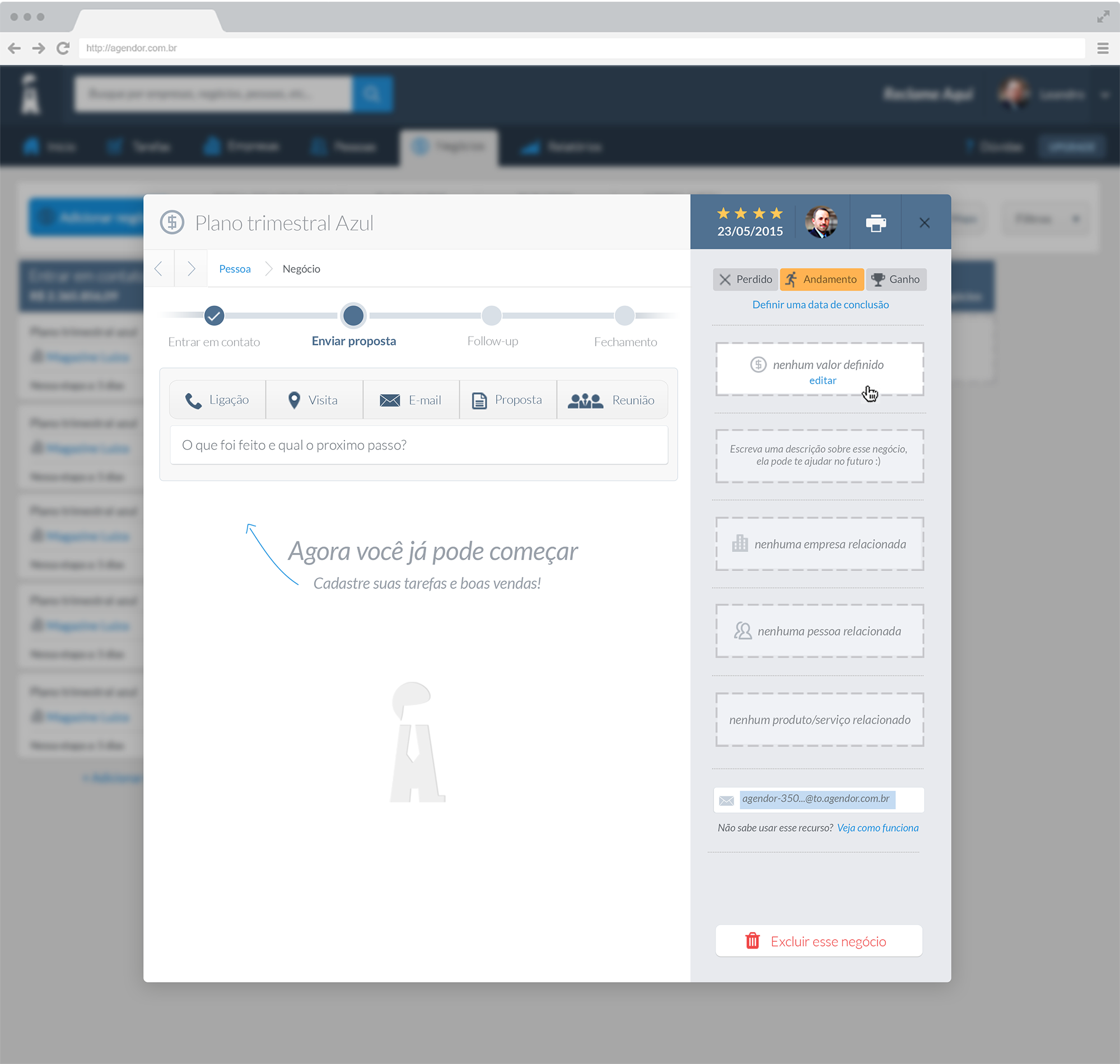